Washington, DC - Wednesday, the FBI released detailed data on nearly 7.7 million criminal offenses reported via the National Incident-Based Reporting System (NIBRS) in 2019. The Uniform Crime Reporting (UCR) Program’s latest report, NIBRS, 2019, presents data about victims, known offenders, and relationships for offenses reported in 23 categories with 52 offenses. It also presents arrest data for those crimes, as well as 10 additional categories for which only arrest data is collected.

In 2019, 8,497 law enforcement agencies, whose jurisdictions covered more than 146.5 million U.S. inhabitants, submitted NIBRS data to the UCR Program. These agencies accounted for 51.3% of the 16,551 law enforcement agencies that submitted data to the UCR Program in 2019. The remaining agencies submitted their data to the program via the Summary Reporting System (SRS). NIBRS agencies reported 6,572,870 incidents involving 7,688,645 offenses, 8,116,849 victims, and 6,543,257 known offenders. In addition, these agencies reported 3,931,924 arrestees. (Currently, the FBI does not estimate for agencies that do not submit NIBRS data.) 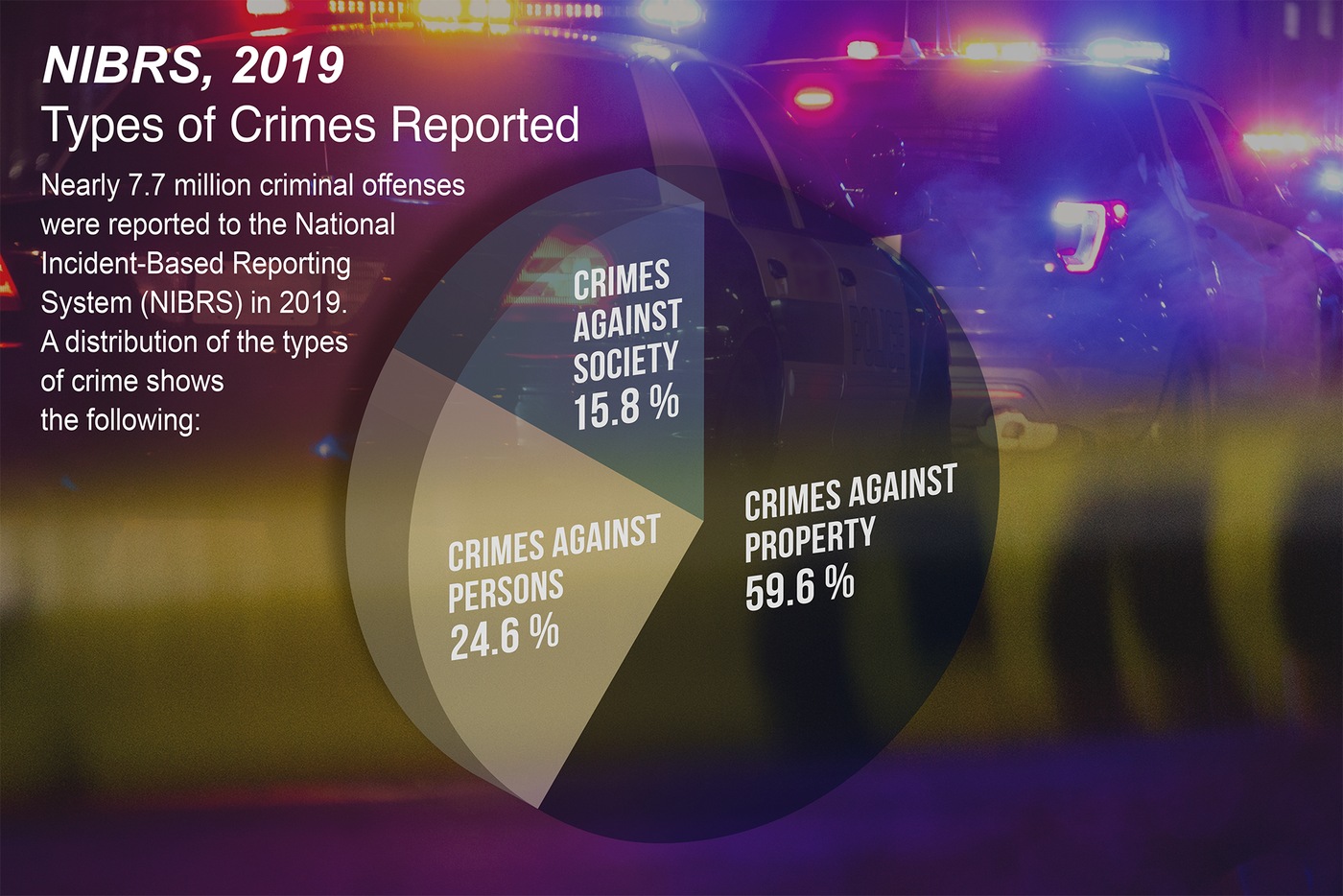 Victim types, collected for all offenses reported via NIBRS, include individuals, businesses, institutions, or society as a whole. For 2019, the data regarding the 5,547,758 victims who were individuals reveal the following:

Law enforcement reported information about 6,543,257 known offenders, meaning some aspect of the suspect—such as age, gender, or race—was known.

In addition to the annual NIBRS report, the UCR Program’s Crime Data Explorer (CDE) provides NIBRS data, including national- and state-level downloads. Users can also access the CDE to build customized tables and to view SRS data for 2019 and previous years by state.

On January 1, 2021, the FBI will complete its transition to a NIBRS-only crime data collection. The original data collection, the SRS, will be decommissioned effective that day. Although the FBI will continue the long-running index on the CDE, data presentations will include more detailed data captured through NIBRS.